WHAT AN ENTREPRENEUR SHOULD BE

An entrepreneur is a different breed of businessman. He has to be if he is to survive in the very competitive world of business.

Being new in this field, an entrepreneur has to grope his way around in the beginning. In many cases, he has to do it on his own. He has to play it by ear and be guided by his gut feel until such time when he finds more friends and possible mentors. In the meantime, while he is on this “self-orientation” stage, he should have the following qualities:

He must be self-motivated. Being alone, he cannot depend much on others for support. He must set a goal and be firmly determined to pursue that goal no matter what. A new entrepreneur should be a self-starter and not count on others for encouragement. However, money should not be his driving force. Rarely, if ever, will he earn on his first few months (or even a year) and if money is his primary consideration, he is bound to be discouraged and frustrated very early in his career.

He should think first what benefit he can provide to others through his business, be it product or service. Once he gains the trust and goodwill of prospective market, then business opportunities will start coming his way.

He must be disciplined. He has to pay the price for the independence and freedom of being an entrepreneur. He has to set a strict working schedule and stick by it. Having no one to report to, the temptation to stay longer in bed in the morning is hard to resist sometimes. He cannot lead a laid-back life. Unlike being employed where he gets paid regardless of his work output, an entrepreneur’s income depends on his own productivity — not any different from a “no-work-no-pay” arrangement of a regular worker.

He must be resilient and flexible enough to adjust his business plans as needed. To stubbornly stick to his ideas and refuse to budge from his opinion may stunt the growth of his business. As a beginner, he can learn a lot from the suggestions and guidelines provided by experienced business associates. 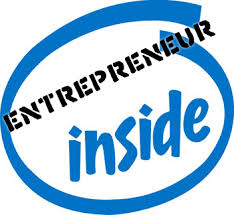 He must have self-confidence. He should believe in his ability to make things possible and to meet the every challenge that comes his way. He should come up with a system that will boost his morale and sustain his enthusiasm. One way of doing this is to divide his plan of action for the attainment of his goal into smaller, doable sections. As he successfully completes each section, he should reward himself as affirmation of his capability and appreciation of his effort. In this manner, he slowly builds up and reinforces his self-confidence.

He must be determined. As a beginner in business, he will surely meet many obstacles that may weaken his motivation to move on. An entrepreneur should remain determined to pursue success. He should not let setbacks dampen his enthusiasm. Instead, he should analyze and learn from them. He should consider these problems as springboards to catapult him to greater heights to attain his goal faster.

For a new entrepreneur, the idea of putting his own business may be daunting but not impossible to achieve. Cultivating the above qualities in him will help him overcome the initial “birth pains” of claiming his place in the world business and succeed as an entrepreneur!