“It´s not about the bike” by Lance Armstrong

“I would just like to say one thing. If you ever get a second chance in life for something, you´ve got to go all the way.”

I have recently started cycling and have found great pleasure in the sport. My right knee is no longer capable of taking me on longer runs so I needed to find an excellent alternative, which I have found! I sort of stumbled across this book when I was playing around on my Kindle and I´m very glad I did. There are many parallels to be found in this book to the journey of entrepreneurs. In many respects Lance is very much an entrepreneur, but I´m not sure he would cateogorize himself as such. He has created a global brand and foundation called Livestrong which is characterized by a yellow band that many people wear around their right arm. 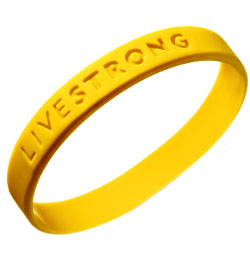 “Make every obstacle an opportunity.” The purpose of reading “It´s not about the bike” was to find similarities and learn how the worlds greatest athletes overcome their challenges to become excellent at what they do over a broad span of years. I found this book very educational especially in terms of always putting up a fight for what you want to achieve and never ever giving up on yourself as well as enjoying the challenges. There is something about coming to terms with that life as an entrepreneur is very much about enjoying the challenges you are consistently faced with and facing them straight on. Lance had many setbacks throughout his career, but he never ever gave up.

You are the creator of your very own universe
“Look Lance if you´re going to get anywhere, you´re going  to have to do it yourself, because no one is going to do it for you.” Linda Armstrong I believe this is something to many learn much to late in life. Especially in Norway where the government and politics gives a false sense of security and safety in the sense that “we will take care of you”, but it´s only you that can take care of you. It´s also only you that can get what you want in life, but you have to work for it and that should be whats fun about what you are trying to achieve.

“The one thing the illness has convinced me of beyond all doubt-more than any experience I´ve had as an athlete – is that we are much better than we know. We have unrealized capacities that sometimes only emerge in crisis.”

“But if there is one thing I don´t want to hear, it´s that I can´t do something. Telling me that is the best way to make sure I´ll do it.” Be stubborn and focus on what you want, not what you don´t have or the lack you have in your business. This will only bring more of excatly that! Trust me I have lived in a world where lack of things has dominated my mind, it does not work.

Naysayers
Along the way Lance encountered a lot of bumps in the road, both before and after he discovered he had cancer. 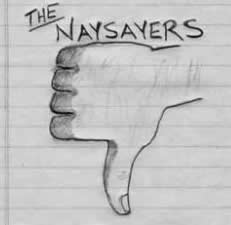 “The defiinition of courage is; the quality of spirit that enables one to encounter danger with firmness and without fear.”

Focus and Belief
A couple of great quotes about focus and belief that you can enjoy and make up your own mind about.

“The only difference was that I had to focus better and harder than I ever did on a bike. With this illness, I could´t afford impatience or a lapse in concentration; I had to think about living, just making it through, every single moment.” Lance on how he had to work hard and focus on beating cancer.

“Without belief, we would be left with nothing, but an overwhelming doom, every single day. And it will beat you. I didn´t fully see, until the cancer, how we fight every day against the creepting negatives of the world, how we struggle daily against the slow lapping of cynicism.
Dispiritedness and disappointment, these were the real perils of life, not some sudden illness or cataclysmic millenium doomsday. I knew now why people fear cancer: because is is a slow and inevita ble death, it is the very definition of cynicism and loss of spirit.
So i believed.”

“Chris, you don´t understand.” I said, starting to cry. “I´m glad about this. You know what? I like it like this. I like the odds stacked against me, they always have been, and I don´t know any other way. It´s such bullshit, but it´s just one more thing I´m going to overcome. This is the only way I want it.”

Once Lance was cured Dr.Nicols gave him what odds he had thought he had before they started treating him.

“When I got to three percent chance of survival, he started nodding. Anything is possible. You can be told you have a 90% chance or a 50% chance or 1% chance, but you have to believe, and you have to fight. By fight I mean arm yourself with all the available information, get second opinions, third opinions, and fourth opinions. Understand what has invaded your body, and what the possible cures are. It´s another fact of cancer that the more informed and empowered patient has a better chance of long-term survival.”

One last nice quote from the book;
“Pain is temporary. It may last a minute, or an hour, or a day, or a year, but eventually it will subside and something else will take its place. If i quit, however, it lasts forever.”

I really enjoyed an alternative view on how to succeed and there were many learnings to take away from this book. You need supportive people around you to succeed and this was probably one of the main reasons why Lance recovered.  He had a few supportive and selective people that stayed by him through thick and thin no matter what. You need great people around you. You can´t do it all by yourself. If you think cycling and winning Tour the France is a one person effort think again! It´s all about teamwork and strategy to win that race again and again. Lance had a great team to support him through all his 7 victories. So like an upstart you need to find and surround yourself with great people to win.

Never ever give up. Lance failed again and again, but he kept on going. Failing is great and the best way to learn, but you have to get back up and try again or failure is paralyzing. Don´t ever let failure bring you down or paralyze you! Work consistently on getting a little bit better everyday. It´s not a one week sprint its a race that takes many years to become good at. In that sense don´t stress, but focus on completing daily tasks in an excellent manner. The end note of this post has to be about no obstacle is big enough if you believe 100% that you can do it!

I wish you an amazing week!