Cheers Erlend Bakke here coming to you from Pearl Farm,  yesterday I said Pearl Island when I was scuba diving of the reef here   which is one of the things I wanted to do for a long time It’s been on my bucket list and what I wanna talk to you about  today is actually the importance of understanding the  keys skill of entrepreneurship which is leveraging  on the people’s time  You don’t have to do everything yourself  all you need to do is to find people that can do the things for you and you also need a certain understanding  of systems building  and if you don’t do that you will stuck and trap in  your business and won’t be able to have freedom. 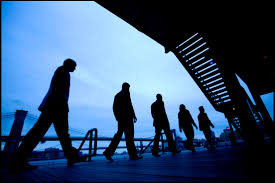 I teach entrepreneurs about freedom , how to gain freedom in their business and their life and we just did a seminar in London  where a three day boot camp called work less earn more which your  very welcome to attend so if you think about entrepreneurship there’s four levels  You have to WANTrepreneur everybody has a  friends that always talking about ideas and just wanted to start a business but nothing ever happens They usually just  most people gets stuck there  They don’t take move  and actually start a business and that’s because they don’t know how to understand the secret  and the secret is leveraging the people’s time . This is what the masters do , the best people in business . Did they this from the very beginning  a lot of them have a subconsciously friends Richard Brown has started out He have this, had his big vision and he attracted all the people he needed to him , that’s the fourth level  but I wanna get to that .

The First level is WANTrepreneur people that talk about ideas but nothing ever happens   we all have friends like that the next level is the second level, where you have the SOLOPRENEUR they do everything  they do all the jobs  the accounting , the social media  the other blogging etc. and that they usually get stuck there  they trade their time for money they only make as much money as they work which is not a good place to be because I’m actually making money while I’m standing here talking to you because I have a team in place and they know what they are doing and they serving our plans where I can go to places like Pearl farm and a crossing things off on my bucket List. 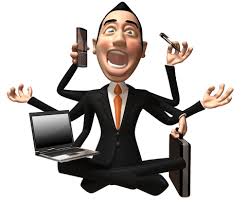 The second level is  SOLOPRENEUR actually most of the lawyers and the doctors are SOLOPRENEUR they trade their time for money and the next level  is the business operator  so they had a business  they have some employees but they haven’t really put systems in place. They can’t go away some places like this and really really enjoy life and live out their freedom even if they do they constantly thinking about their business and their getting phone calls from clients their trouble basically they only prison business you don’t  wanna be there either.

What you want is to be on the fourth level of entrepreneurship the level where you have people in place, you have systems and it runs without you and my job with Work Less Earn More training is actually to get you to that level to get you to the level of fourth level which is the same as Richard Branson  where the leveraging the peoples time  and you have systems  in place your business runs without  you so you make money while your sleep so as to speak .

Okay! So Ah It’s a Philosophy , It’s a learned  skill, you can learn this you don’t  learn this in school as I keep on talking about you can’t actually  learn this to a school to leverage other peoples time and built system but you can learn it you can take programs  in Work Less Earn More and we teach how to do that so I wanna find out here from Pearl Farm where Im actually gonna cross off another thing on my bucket List which is jetski riding a jetski and with my girlfriend so…

Erlend Bakke here founder of mroutsource.com focus on leveraging other peoples time and building system so you can enjoy your freedom .

Thank you and Byebye cheer!